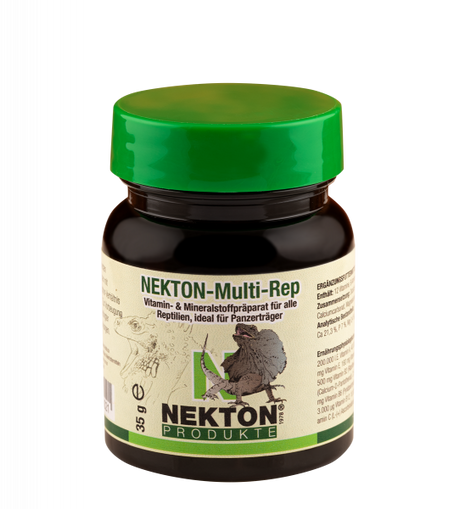 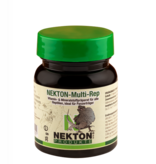 NEKTON Rep - A Multi-vitamin compound for reptiles and amphibians.

NEKTON-Rep increases the rate of skin formation and encourages the functionality of the mucous membranes as well as the animal‘s entire energy metabolism and stimulates growth. Animals with vitamin/mineral deficiencies are usually not very active; NEKTON-Rep balances out this lack of nutrients and the animals are significantly more energetic. Signs of paralysis, such as e.g. legs tightening, are prevented by regularly administering NEKTON-Rep.

NEKTON-Rep has a positive effect on the development of muscles, glands and the nervous system. NEKTON-Rep additionally increases the fertility and hatchability of amphibian and reptile embryos.